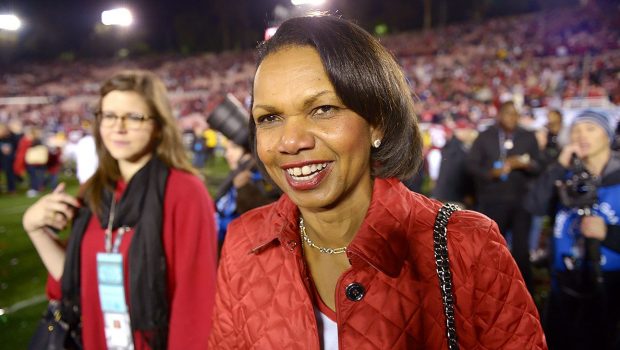 You can call the Cleveland Browns desperate.

But that’s an old story.

Or you can call them brilliant.

But ESPN is reporting that Browns general manager John Dorsey would like to interview former Secretary of State Condoleezza Rice for the head coaching job.

In case you hadn’t been paying attention, Rice would become the first woman to interview for an NFL head-coaching job.

After word of the Browns’ possible interest in Rice got back to the team, Dorsey issued a statement.

“Our coaching search will be thorough and deliberate, but we are still in the process of composing the list of candidates and Secretary Rice has not been discussed,” he said.

Rice also posted Sunday on Facebook that while she’s “not ready to coach,” she “would like to call a play or two next season if the Browns need ideas.”