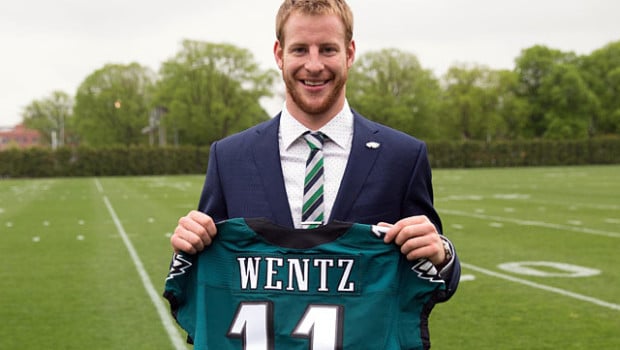 Eagles rookie quarterback has already been ticketed for clipboard-holding duty by his coach, meaning he probably won’t be activated for any games this fall.

But that doesn’t mean anything to the ravenous fans who have made him a jersey-selling MVP!