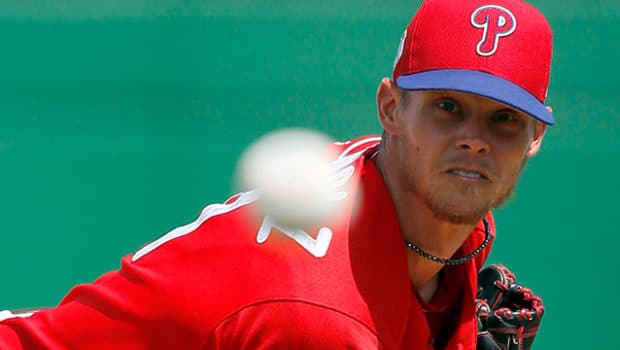 The Phillies announced yesterday that Clay Buchholz suffered a partial tear of his right flexor pronator mass, which connects the forearm to the elbow.

He’s likely out for the season!

Bucholz left the game in the third inning Tuesday night after allowing six runs. Buchholz, 32, will meet with surgeon James Andrews on Monday for a second opinion, which the Phillies said will determine a “further course of treatment.”

Buchholz had a similar injury in 2015 and missed the final three months of the Boston Red Sox season. He elected against surgery that summer, but the recurrence may not give Buchholz a choice this time. He spent time on the disabled list in six of the last 10 seasons.