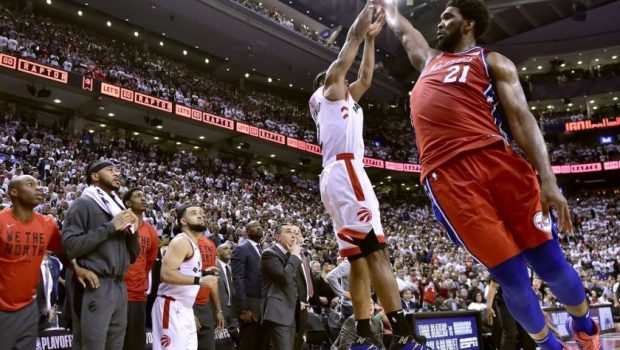 After a week of high-wire speculation, Kawhi Leonard committed to sign a free-agent contract with the Los Angeles Clippers early this morning, leaving the NBA champ Toronto Raptors and clearing the way for the Sixers to dominate the Eastern Conference.

Leonard, though, agreed to choose the Clippers only after they agreed in principle on an equally stunning trade to acquire Paul George from the Oklahoma City Thunder, according to two team officials with knowledge of the deal who were not authorized to discuss it publicly.

Leonard will sign a four-year, $142 million contract with the Clippers, according to Yahoo Sports, which first reported that the sides had a deal.

The Clippers thus upstaged the Los Angeles Lakers, who badly wanted Leonard, in a fashion similar to the Nets’ beating out the Knicks to sign Kevin Durant and Kyrie Irving when the N.B.A. free-agency period began June 30.