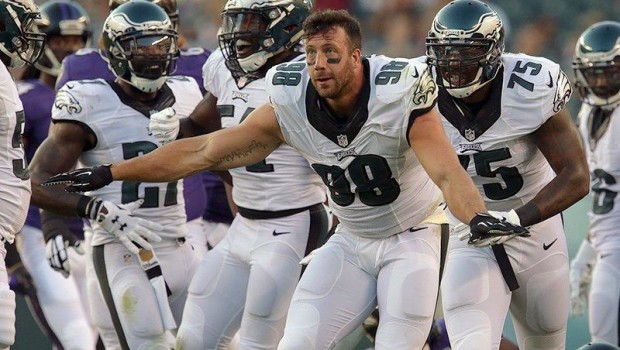 Connor Barwin played at the University of Cincinnati in college and will be back in town today for his first team visit since he was released by the Eagles last week.

Adam Caplan of ESPN reports that Barwin will be meeting with the Bengals about joining the team for the 2017 season. Barwin was dropped by the Eagles in a move that saved Philly almost $8 million under the salary cap.

Barwin moved from outside linebacker to defensive end after the Eagles switched defensive schemes in 2016 and the move was followed by a drop in production from previous seasons. The Bengals also run a 4-3 base defense, so a return to Cincinnati may not prove to be the ideal fit for Barwin.