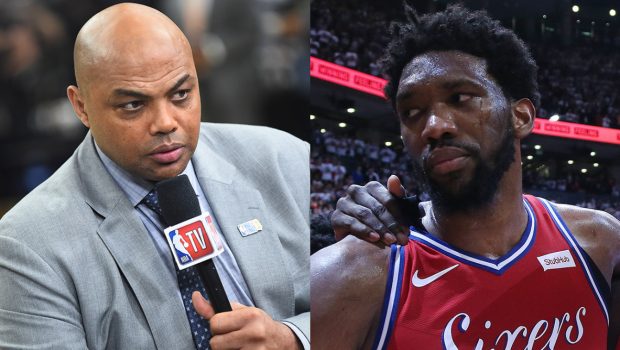 CHUCK BARKLEY COULD LOSE TNT GIG IF HE DOES THE LIV!

TNT superstar Charles Barkley has admitted he might have to resign from his $30 million contract with the network if he joins the LIV tour.

Speaking on Gary McCord’s SiriusXM radio show, the former Sixer great said TNT might not allow him to put his wicked slice on display in the LIV Golf Series.

‘I don’t know anything. I don’t know if TNT would let me do it, to be honest with you,’ the former NBA star, who is worth an estimated $50 million, said.

On Tuesday, the New York Post reported Barkley plans to play in LIV’s event at the Trump National in Bedminster, New Jersey.

A controversial move as the LIV Tour has become the biggest rival of the PGA Tour, the main organizer of men’s golf tours in North America, as prominent players – like Tiger Woods and Rory McIlroy – have been critical of the Saudi Arabia-funded circuit, calling it a money grab.

As for broadcasting, Barkley has a three-year contract worth $30 million with TNT, working multiple events including the Emmy-winning ‘Inside the NBA’ studio show alongside fellow sportscasters, Ernie Johnson and Shaquille O’Neal.

But Barkley has hinted he’s not worried about losing his TNT contract, or how Turner’s sponsors would feel about it, saying he’s ‘fascinated’ by the idea of joining the LIV Tour.

‘I’m assuming some [corporate clients] would go away, but … that’s why this whole thing is fascinating for me to give up. Because like I say, I have no idea how TNT is going to respond. I don’t even know if they’ll let me do it,’ Barkley told McCord.