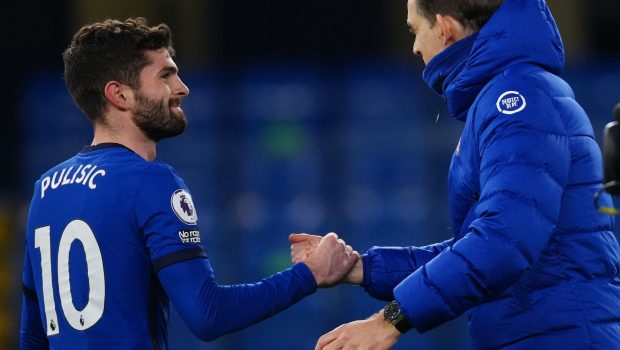 Does Thomas Tuchel Hold the Keys to Pulisic’s Step to the Next Level?

It’s a good sign for the strength of US men’s soccer that not all hopes are resting on the shoulders of Hershey-born Christian Pulisic.

The Chelsea player is but part of the vanguard of young talent coming through the ranks, many of whom are starting to find their feet at the elite level of European soccer. Gio Reyna, Sergino Dest, Konrad de la Fuente, Timothy Weah and Weston McKennie are among those players considered to have a very high ceiling.

But it is perhaps Pulisic who still has the best chance to scale the heights and become America’s first global soccer superstar.

The move to Chelsea at the start of the 2019/20 season is an intriguing opportunity for Pulisic, but it is not without its risks. Chelsea is an ambitious club with plenty of financial clout – the 8th richest club in the world by current measurements – but it is also known for the reactionary whims of its owner, Roman Abramovich. There have been 16 managerial changes (including caretakers) in the Abramovich era. Failure is not an option.

Indeed, if there is to be a criticism of the transfer policy at Chelsea, it is that players are often not given time to grow at the club. Talents like Kevin de Bruyne and Mo Salah – now considered among the best players on the planet – were ‘let go’ by Chelsea, not getting enough game time in their younger days. That’s the risk for players like Pulisic coming to play in West London.

However, Chelsea’s most recent change of manager might suit both the club and its young American star. Thomas Tuchel, who came in to replace Frank Lampard, has hit the ground running, and he is winning admirers from fans and pundits alike. But one of the main beneficiaries of the Tuchel-era seems to Pulisic. There are clear signs of a budding relationship between coach and player. Often a manager of a top club needs a player they can trust – a go-to guy. It’s early days, but the narrative coming out of Stamford Bridge is that the talented Pennsylvanian could be that player. The pair know each other from their Borussia Dortmund days – it was Tuchel who gave Pulisic his first competitive start.

The (almost) two seasons that Pulisic has spent at Chelsea have not been without hiccups. He is the kind of player, you gather, that needs to build up performance levels with a run of games. He was doing as such under Lampard last season, but a serious hamstring injury knocked him off course for a time. While Pulisic has undoubted talent, it is worth remembering that the Chelsea squad is stacked full of attacking players – Kai Havertz, Timo Werner, Mason Mount, Hakim Zayech, Calum Hudson-Odoi. The upshot is that Pulisic is not guaranteed a starting berth for the big games. Or at least, he wasn’t until Tuchel came in.

Pulisic has room to improve

Pulisic has scored four in his last eight games for Chelsea, including a crucial strike against Real Madrid in the Champions League Semi-Final 1st leg. His general play, however, has been terrific, and he has drawn comparisons with Eden Hazard. Like the Belgian star, who left for Real Madrid before Pulisic arrived, Pulisic’s trickery and energy make him the heartbeat of the team, at times. But there is still room for improvement, and that’s where Tuchel might come in.

The German coach is known for his fastidiousness, and he could help Pulisic become more, let’s say, rounded in his approach. The good news is that the elements lacking in Pulisic’s game can be learned. He has the natural talent in abundance, but he perhaps needs to improve his decision-making and positioning. Tuchel knows his protégé well, and it seems that he is using him ever more wisely in the finish to a long season. The signs are good that the German coach can help the young American step up to the truly elite level.