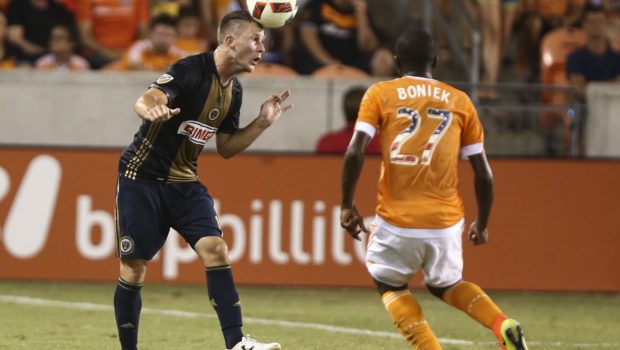 Cristian Maidana scored against his former team in the 95th minute and the Houston Dynamo beat the 10-man Union 1-0 last night.

Maidana’s left-footed free kick clipped the bottom of the crossbar and the game ended shortly after the ensuing kickoff. Boniek Garcia drew the foul near the penalty arc against the Union’s Warren Creavelle.

Joshua Yaro was sent off in the 87th minute when he received his second yellow card for a challenge that dropped Mauro Manotas to the turf near the 18-yard box.

The Dynamo moved into a last-place tie with Seattle in the Western Conference while the Union (7-6-5) stayed two points ahead of Montreal for first place in the East.