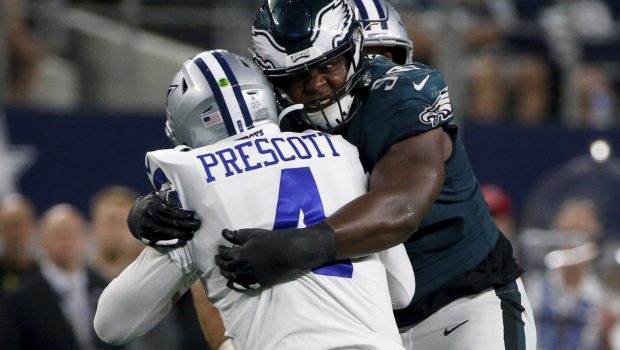 The Christmas Eve game between the Eagles and Cowboys is a statement game, Dallas QB Dak Prescott says.

Losing to the Jaguars left the Cowboys needing to win all their remaining games while the Eagles lose all of theirs in order for Dallas to win the division.

That’s not a likely turn of events, even with Eagles quarterback Jalen Hurts dealing with a shoulder injury, so the Cowboys are shifting their focus a bit.

Prescott said that the team has an “understanding when you lose a game you’ve got one chance, and your only chance is really just to respond” with a better performance the next time out.

“If anything, it’s about making the statement to ourselves,” Prescott said, via the team’s website.

Prescott has thrown seven interceptions in the last four games, so a clean game against the Eagles would be a good response for him individually and a boost to the team’s chances of beating their divisional rivals.