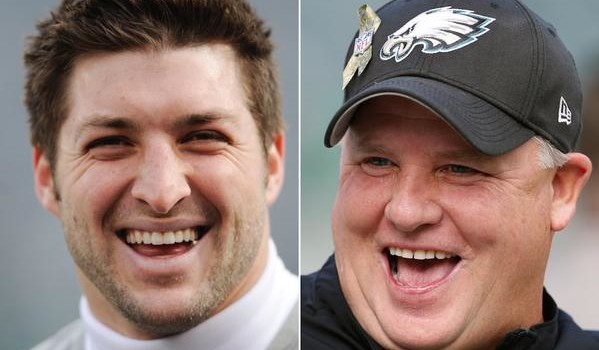 CHIPPER TO TEEBS: GO TO CANADA, GET SOME REPS, THEN WE’LL SEE!

Chip Kelly told Tim Tebow that he should go get reps in the CFL and then he may look at him again, NFL source said.

This report from the Inky reporter lines up with something Kelly said during his press conference on Saturday afternoon.

“You know, I talked to [Tebow] a little earlier today when we released him and I think he just needs to get more playing time; he needs to get out there and get actual reps because I think he has done a ton on his own from an individual basis, but it’s about playing the game,” Kelly said. “It’s taking that next step and now playing the game.”