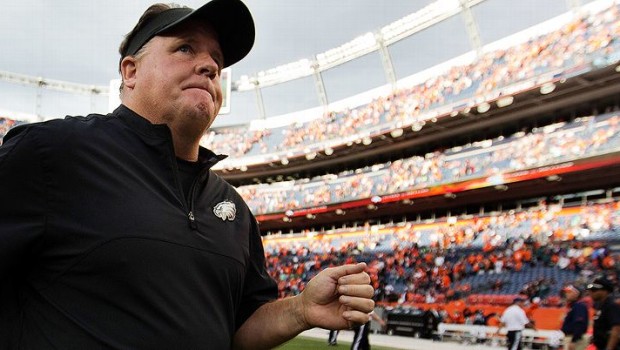 CHIPPER IN NINERLAND: IS EX-EAGLES COACH KELLY DOOMED TO FAIL?

Team owner Jed York and general manager Trent Baalke must have had the TV on mute during Eagles owner Jeffrey Lurie’s press conference on Dec. 30—the one where Lurie explained firing Kelly and spoke of needing a new coach with “emotional intelligence” and “accountability.” Lurie emphasized those buzzwords as he said them, but York and Baalke clearly didn’t get the message.

They also must not have heard about DeMarco Murray, LeSean McCoy, DeSean Jackson, Brandon Boykin, Evan Mathis and all of the other past and present Eagles players Kelly left disgruntled, alienated and generally angry.