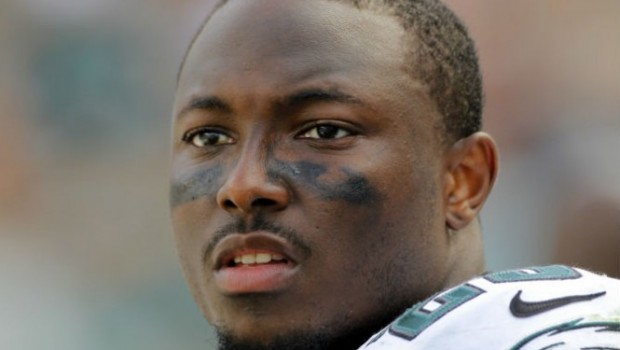 CHIP-SHADY WEREN’T BFF’S — IS THAT WHY EAGLES TRADED MCCOY?

Anyone who watched Shady McCoy play last season couldn’t help but notice that he wasn’t same the running back he was in 2013 when he led the NFL in rushing.

True, he had a fine 2014, but his total yardage was down to the 1,300s and the look on his face when he came back to the huddle on occasion spoke volumes that he was unhappy with something.

Now, we may now what.

Former All-Pro running back and current analyst Ladainian Tomlinson said Tuesday night on NFL Total Access that he believes there is more behind this trade than the $11.95 million in cap space it cleared for the Eagles this season and the chance for Kelly to reunite with Alonso whom he coached at Oregon.

“I had a chance to talk to LeSean McCoy a few weeks ago, and he expressed to me he did not think he was coming back to Philly next season,” Tomlinson said Tuesday night. “He talked about [how] he and Chip Kelly’s relationship had become a little strained, and he just did not think Philly was committed to him. He actually thought Chip kind of phased him out of the offense at times last year. He felt the writing was on the wall that they were trying to move on this offseason, and sure enough we have this trade today.

It is worth noting that as McCoy seemed to struggle to get to the second level of defenses in 2014 and his numbers dipped to 1,319 rushing yards, Chris Polk became a red zone vulture of sorts, picking up a significant amount of red zone carries formerly reserved for McCoy.

While many players have spoken openly about buying into the culture Kelly is cultivating — including recently signed free agent linebacker Brad Jones — that is predicated on sports science, sleep requirements, player development and other innovations, McCoy and the head coach seemed to butt heads from time to time last season on the practice field.

Ian Rapoport of the NFL Network didn’t rule out a chilled relationship as an impetus to Thursday’s trade.

“I know from what I am told that McCoy told some friends he didn’t always see eye-to-eye with Chip Kelly’s ways, including working out extremely hard the Saturday before games,” Rapoport said during an appearance on NFL Network. “He complained several times that his legs did not have the burst that he wanted. Still, he rushed for the total that he rushed for. But he was grumbling some, at least to some of his close friends, just about how Chip Kelly was in that building, which might help explain why he was so readi