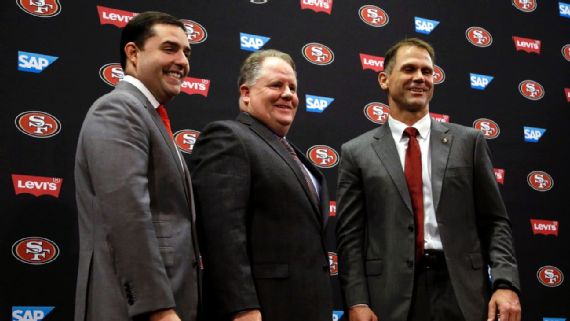 First, in the We-Really-Like-Kap microphone drill, new 49ers coach Chip Kelly and general manager Trent Baalke both said they look forward to having Kaepernick on the roster after April 1 when his $11.9 million salary for 2016 becomes guaranteed.

Next, in the Not-So-Fast-You-Guys vertical jump, reports surfaced that Kaepernick is upset with the 49ers and wants to be traded.

Finally, in the Could-It-Happen shuttle drill, there was speculation that the 49ers might simply release Kaepernick on April 1. That way, they would avoid paying all that money to an allegedly discontented quarterback whose rehab from offseason surgery might not be complete by then, anyway.