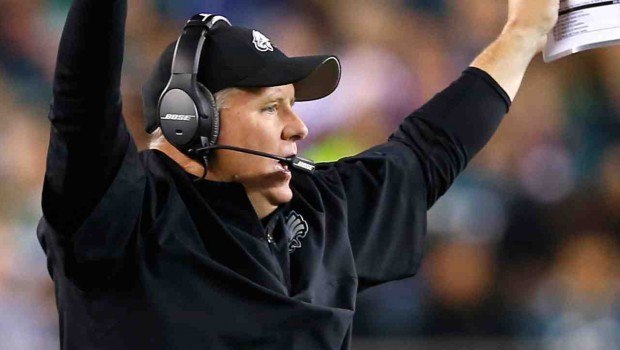 The Eagles played a great game Sunday night, and what we at home didn’t know as we watched the Birds 27-0 beatdown of the Giants is that coach Chip Kelly was wired for sound by NBC.

Whether that’s just his general outlook, or perhaps a thinly veiled shot at the Giants after a week of trash talk, we’ll leave that up for you to decide.

However, it is clear from the video that the Eagles had no intentions of blowing a big lead, like they nearly did in Week 5 against the St. Louis Rams. What is also apparent is the leadership of quarterback Nick Foles during the game.

Check out the video to see Sunday night from the coaches’ and players’ perspectives.