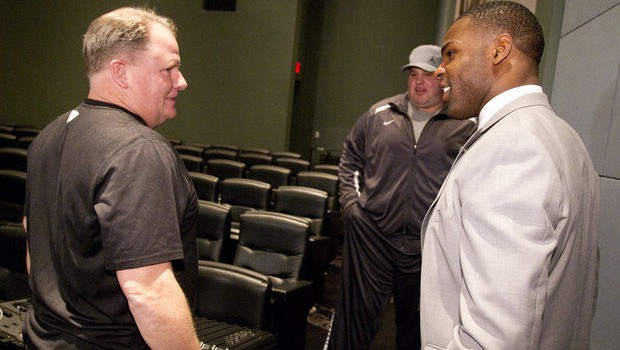 HOW CHIP KELLY IS WINNING THE OFF-SEASON, MASSIVELY IMPROVING THE EAGLES AND DINGING THE DREADED COWBOYS!

If you’re still on the fence about Eagles Supreme Leader Chip Kelly’s ability to evaluate talent and wheel and deal in the 2015 NFL environment:

The head-spinning speed with which Kelly danced through his presser on Wednesday, with the knowledge that he was on the verge of signing the NFL’s top running back all without spilling anything to Les Bowen and his band of brothers was stunning.

It made me wonder if he traded for Sam Bradford for the explicit purpose of wooing Bradford’s Oklahoma roommate, DeMarco Murray!

And, if you think I am a Chip butt boy, read what Jarrett Bell of USA Today, America’s newspaper, thinks:

He weakened his toughest competition in the NFC East in the process.

It’s a double victory for the Philadelphia Eagles, and the Dallas Cowboys only have themselves to blame.

DeMarco Murray managed to get the type of deal from the Eagles — reportedly $42 million over five years, with $21 million guaranteed — that his old employer could not quite stomach.

Now the Cowboys will pay in another way.

Jerry Jones always knew there was a chance that Murray would bolt — but I’d bet he figured the big offer would come from the likes of the downtrodden Jacksonville Jaguars or Oakland Raiders, who for all of their salary cap room are still a hard sell for winning a championship.

Instead, it was Kelly who seized the moment.