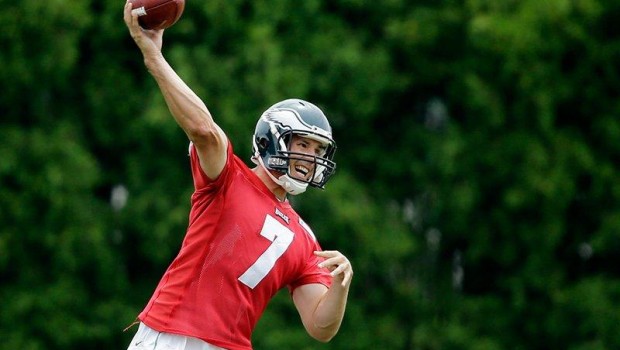 KELLY ON COMMUNICATION, BRADFORD ON HIS BADMINTON REHAB!

“I think we do a really good job with communicating with our players. You can talk to guys on the team who say it’s the best communication they’ve had since they’ve been in the league. It’s just who do you want to believe? The players who are here understand that. At the end of the day you bring in 90 guys to camp and 53 are going to make it, so 37 people are going to hear something they don’t want to hear, and that’s the hard part.”

“There’s standard rehab, where you have a sheet of what you have to accomplish every day in terms of exercise and rehab. Bill Knowles’ deal is, ‘Let’s play games.’ One day he said, ‘Let’s play badminton.’ We warmed up playing badminton. And then every day we were out here playing badminton. No net. He would hit it high and make me change directions and run. He throws all these PE games at you. You don’t think about it being rehab until you look and see the positions your body’s been in, and you think, That’s pretty close to the positions and movements you’ve got to make as a quarterback. I’m sure people up in the offices are looking out and wondering, what in the world are they doing playing badminton? But, you know, you spend a year and a half doing the same exercises, and you get so tired of doing the same thing over and over, and [Knowles] came in and said, Let’s change it up—let’s play some games. I mean, I loved it. And that’s when I really felt the rehab took a big jump.”