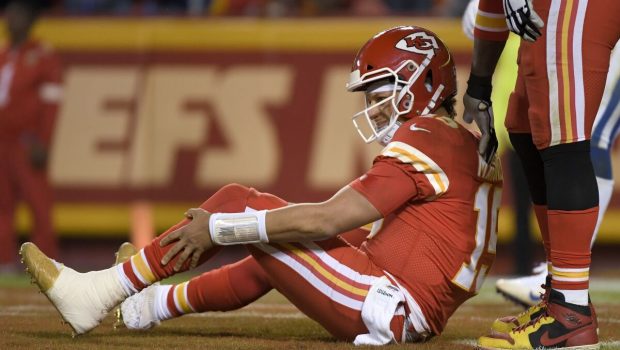 Mahomes’ right ankle had an MRI on Sunday, which confirmed the sprain no other damage.

Mahomes said Saturday night that he plans to play in next Sunday’s AFC Championship Game, which will be against the Bengals, who defeated the Bills 27-10 on Sunday.

“It feels better than I thought it was going to be now,” Mahomes said after the 27-20 victory that put the Chiefs in the conference title game for the fifth straight season.

“Obviously, I have a lot of adrenaline going right now, so we’ll see how it feels. But I’ll hop right in the treatment and try to do whatever I can to be as close to 100% by next week. Luckily for us, we played the early game on Saturday, so we get an extra almost half a day that I can let that ankle rest.”

“Let’s just see how it goes here the next couple days. It’s going to be sore, I know, but let’s see where he is at,” he said. “He’s had this before, and he was able to keep pushing through.”