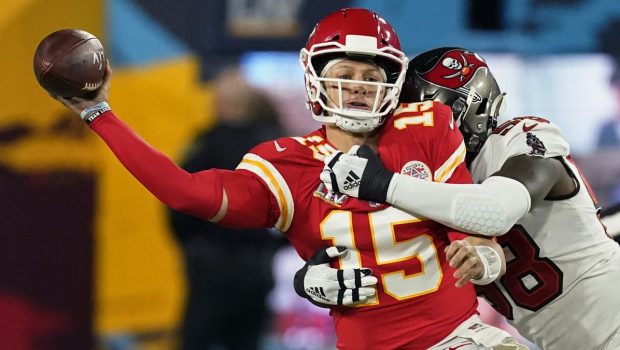 Patrick Mahomes had the worst game of his career, college or pro, and it happened to be on sport’s biggest stage.

The Kansas City Chiefs were held to three field goals in their 31-9 loss to the Tampa Bay Buccaneers, the first time since at least high school that Mahomes’ team failed to score a touchdown in a game he started. The loss was his first as a starter with the Chiefs by more than eight points.

“They were the better team today,” Mahomes said. “They beat us pretty good, the worst I think I’ve been beaten in a long time.

“They took away our deep stuff. They took away the sidelines and they did a good job of rallying to the football and making tackles. We weren’t executing early, had a few miscues. Guys weren’t on the same page. Credit to them. They played a heck of a game defensively and offensively to beat us.”