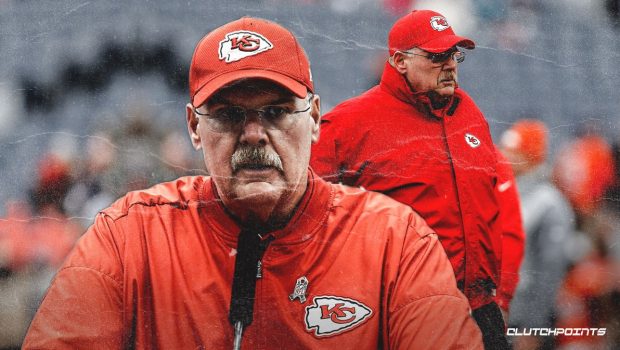 And how did Chiefs coach Andy Reid celebrate?

“I had a cheeseburger and went to bed,” said Reid, according to Chiefs reporter BJ Kissel.

Reid made his first Super Bowl during the 2004-05 season when he coached the Eagles, who lost to the New England Patriots.

However, Reid’s career has largely been defined by playoff failures, as he lost three straight NFC Championship Games with the Eagles in the early 2000s before finally breaking through during that aforementioned 2004-05 campaign.

Reid made four more playoff appearances with the Birds, appearing in one NFC Championship Game in 2008-09.

He was fired from his post as Eagles coach after a 14-year run in 2012 and took over as Chiefs head coach the following season. Since then, Reid has led Kansas City to six postseason appearances.

While Reid has gone 207-128-1 in the regular season and has a whole lot of playoff games under his belt, he has gone just 14-14 in postseason contests and has always been criticized for failing to win the big one

But now, the 61-year-old has what is perhaps his best opportunity to win a championship, as Kansas City will take on the San Francisco 49ers in Miami on Feb. 2.