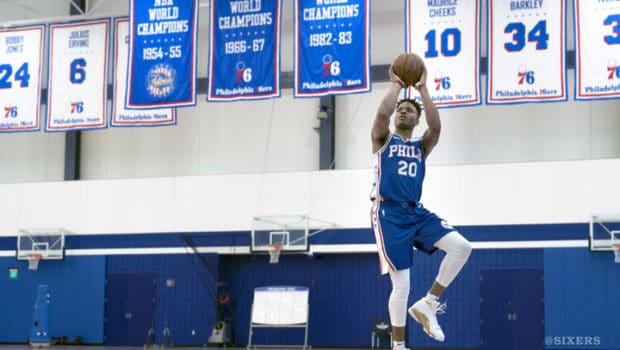 The Sixers today unveiled two of the team’s four new 2017-18 season Nike jerseys in a digital content series launched on Sixers.com and StubHub.

In “Made for the Moment,” the three-part content series presented by StubHub, 76ers guard Markelle Fultz chronicles his experience of putting on the 76ers jersey for the first time and the anticipation of representing the Philly.

The team’s two new Nike jerseys dubbed the “Association Edition” and “Icon Edition,” feature the 76ers’ traditional blue, white and red branding with subtle changes that include the introduction of a hard red drop-shadow behind the iconic “PHILA” lettering and player numbers.

Inspired by the Greek translation for “Philadelphia,” the words “Brotherly Love” are embroidered in gold on the lower left hem of each jersey.