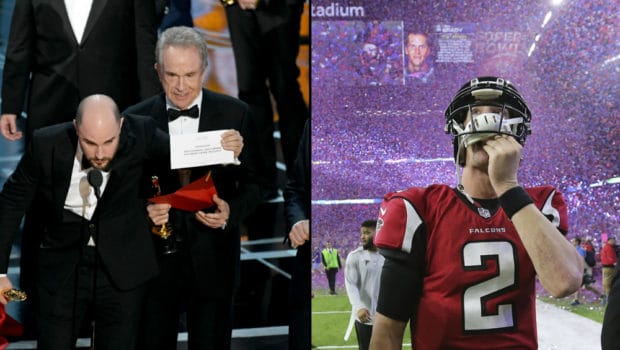 La La Land thought it had won Best Picture at last night’s Oscars. After all, it was announced as the winner. The entire crew went on stage to give its speech and accept the award. But La La Land did not win Best Picture. Confusion over the card led to the Moonlight cast and crew being called on stage as the rightful winner.

The sports world had plenty of fun with the fiasco, comparing the moment to some of the great blown leads we’ve seen recently. Falcons and Warriors fans should look away: