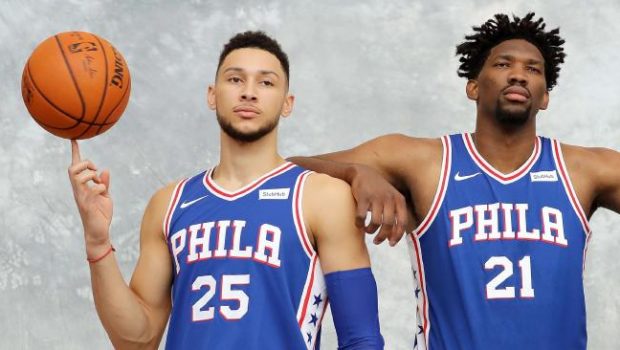 CHECK OUT WHERE SIXERS BENNY AND JOJO RANK AMONG NBA ELITE!

ESPN is including both Embiid and Simmons — ranking them 8th best of the week — as they posted nearly identical average game scores last week: 18.8 for Embiid and 18.7 for Simmons. In Philly’s two games, they scored an almost identical number of points (45 for Simmons, 44 for Embiid) while shooting an almost identical percentage from the field (54 percent for Embiid, 55 percent for Simmons). It seemed only right to include both, given their similar weeks to keep them attached at the hip, as they have been all season, with it nearly impossible to mention one without the other when talking Sixers: