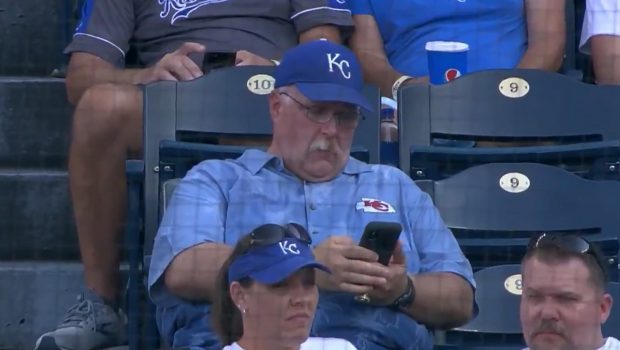 CHECK OUT THE WINNER OF THE ANDY REID LOOKALIKE CONTEST!

Chiefs fan Matt Black, who calls himself “the official doppelganger of Coach Reid” on his TikTok account, attended the game in full Reid getup on Friday. When the Royals’ TV broadcast caught him taking a selfie, the broadcasters couldn’t contain their joy.

One thought on “CHECK OUT THE WINNER OF THE ANDY REID LOOKALIKE CONTEST!”