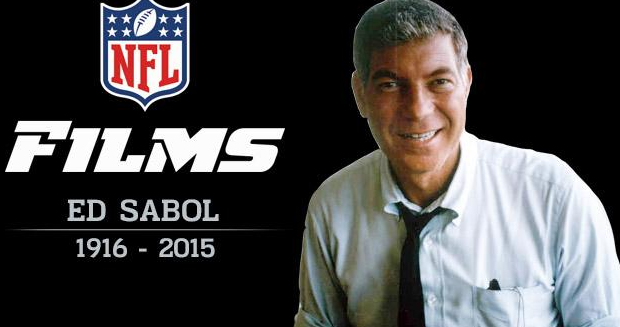 CHECK OUT THE LAST NFL FILM OF THE LATE, GREAT ED SABOL!

Sports fans growing up in the 1970s and 1980s were indoctrinated by Vince Lombardi’s “What the hell is going on out here?”, Hank Stram’s “matriculate the ball down the field” and narrator John Facenda, Philly’s Voice of God, telling us in stentorian tones that “the autumn wind is a Raider.”

Atlantic City-born “Big Ed” became the official historian of the NFL. He spent 32 years as NFL Films president and then chairman before retiring in 1995, collecting 52 Emmy Awards during his tenure. Among his innovations were the first use of a microphone on coaches, referees and players, adding popular music to footage, and of course, the blooper video. He also brought us slow motion, the extreme close-up and the omniscient voice-over: