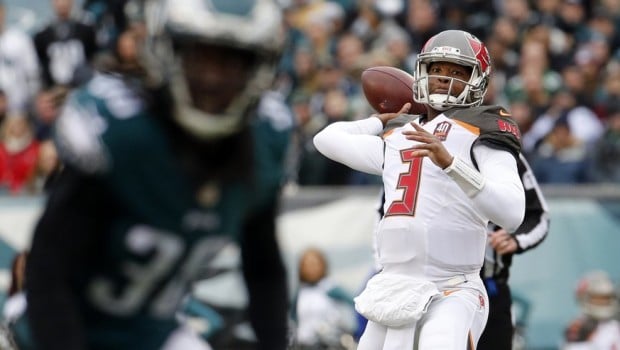 CHECK OUT THE EAGLES 2016 PRESEASON SCHEDULE!

The Eagles’ preseason schedule begins at Lincoln Financial Field as the Tampa Bay Buccaneers come into town. The Bucs came to Philly and left with a win during the 2015 regular season, so perhaps the Eagles will be looking to avenge that loss versus Jameis Winston (above), Mike Evans and company.

The next two weeks of the preseason will send the Eagles on the road, though they won’t be traveling all that far. The middle two games of the preseason schedule feature matchups with Ben Roethlisberger and the Steelers along with a trip to Indianapolis to take on Andrew Luck’s Colts. An interesting note here is that the Eagles and Steelers will face off again at some point in the regular season, though that game will be played at Lincoln Financial Field.

To close out the preseason, the Eagles will host the New York Jets. This should come as no real surprise to fans, as the Eagles and Jets have faced each other in the final preseason game every year dating back to the 2001 season.

The exact dates and times for all games will be announced later this offseason.