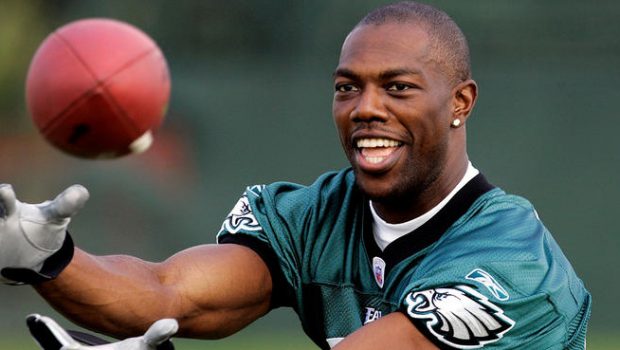 But he does seem to find a lot of them.

Owens told the Associated Press that he punched a man in the the parking lot of a CVS in Inglewood, Calif.,in self defense. Owens contends that the man “made offensive gestures and threatening statements” to Owens and to a fan who had approached the former player.

According to Owens, it started inside the store. He was speaking with the fan. Then, the man approached. Owens left the store in an effort to deescalate the situation.

“The aggressor continued threatening the fan just as he did in the store,” Owens said. “Once again, attempting to [defuse] the ongoing situation, I placed myself between the fan and the aggressor. I made verbal demands asking the aggressor to stop his threatening behavior.”

Owens claim the man sung at him first.

TMZ.com posted video of the incident. The images suggest an old-school fistfight, with both participants squaring off and with Owens having his fists up. He eventually drops the man with a right cross. He got up several seconds later, and the discussion continued until the person taping the interaction stopped recording.