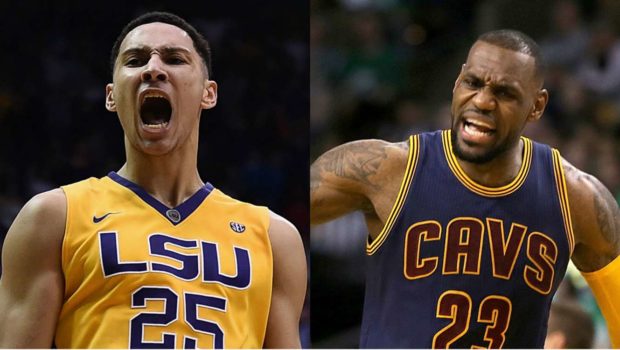 Simmons appeared yesterday on “The Dan Patrick Show” and was asked when was the last time he spoke with former top pick LeBron James, who recently won an NBA Championship with the Cleveland Cavaliers.

According to Simmons, the pair FaceTimed after the draft, with the youngster telling James he could not wait to face him on the court. In typical LeBron fashion, he took the opportunity for a mic-drop moment.

“He just flipped the camera [around] and it was the championship trophy,” Simmons said. “So I couldn’t say anything back.”