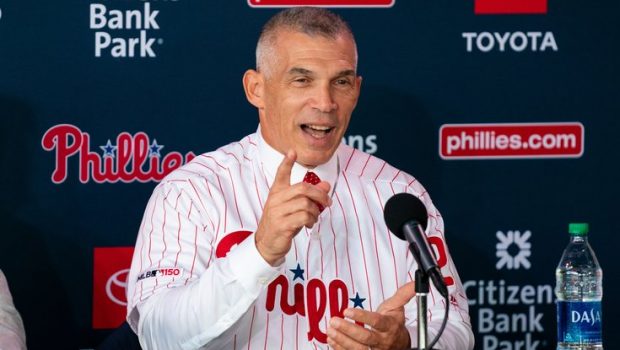 CHECK OUT PHILS NEW RULES, ACCORDING TO JOE GIRARDI!

One of ex-Phils manager Gabe Kapler’s biggest deficiencies — and perhaps the one that got him canned — was his inability to hold players accountable.

“As long as you’re on time and you’re prepared and you’re accountable and that you’re focused on winning, is there really anything else?” Girardi said. “You can encompass everything in those four rules.”

How about the bullpen?

“Some of the things that I did in New York, it usually wasn’t until the month of September that I would think about using a guy three days in a row because I wanted them to remain healthy,” Girardi said. “There would be a question sometimes in a postgame interview, ‘Why didn’t you use him today?’ I don’t believe in wearing guys out. Because when bullpen pieces start coming off the board that you don’t have available, I think your team weakens significantly.

Girardi uses a common-sense approach to his rotation and bullpen.

“When you get in those long series in the playoffs, the more they see the relievers, the more [the hitters] become familiar, so if you have starters that can give you distance and there’s not a huge drop off, I think it’s important,” he said. “But if you don’t, then you’ve got to find another way to win a game. And I’m not afraid to deploy a bullpen.”