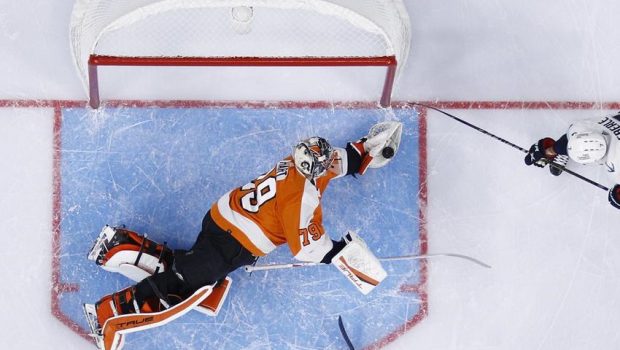 Carter Hart’s diving glove save on Jordan Eberle at 8:25 of the first inspired the Flyers.

Claude Giroux then led a breakout and finished a give-and-go with Travis Konecny to put the Flyers ahead 1-0 at 9:18.

“I think it could have been 2-0 for them early on,” Giroux said.

“Carter made some huge saves for us and gave us momentum. When he made that save on Eberle, you saw the bench, the guys got a little bit more motivated and started playing.”