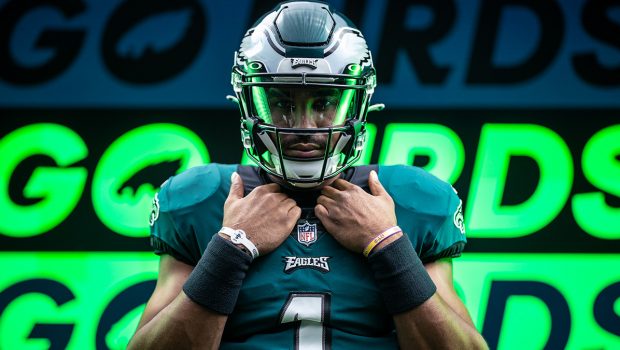 CHECK OUT EAGLES QB JALEN HURTS WORKING OUT ON DAY 1!

Jalen Hurts took reps with the No. 1 offense.

Coach Nick Sirianni said that Hurts has “earned” those reps and that he will continue to be in that position. “The growth where we want to see is just acceleration in the offense, right? It’s just getting better and more reps at the offense,” Sirianni said.

“This is the first time we’ve had an 11-on-11 team period, right? These are some of the first times he’s run these plays. Now, maybe he’s run a version of these plays, but there’s some plays he’s never run before. We can’t get enough of that, whether that’s in the film room, whether that’s on the field. He’s just got to continue to take these reps. I am so confident in Jalen. He’s a gym rat. He’s just thinking about football all the time, that’s what I love about him. He’s going to use those mental reps, that’s for sure. We just got to get him more reps out here on the field.”

I thought Jalen Hurts handled himself well when asked about the QB situation… because the rumors are true about the eagles having serious interest in Deshaun Watson.