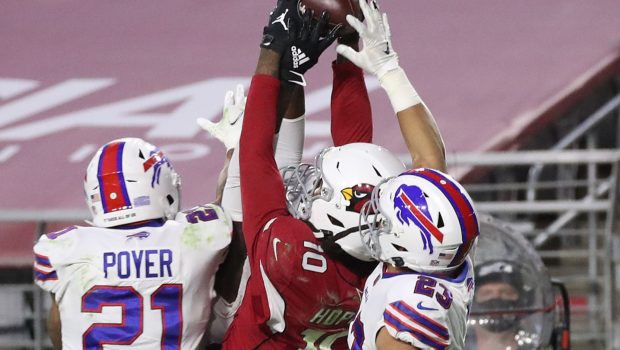 ALEX SMITH WAS HEROIC, BUT WFT FALLS SHORT IN DETROIT, 30-27

With the Arizona Cardinals trailing the Buffalo Bills by four and time for one or two more plays, Cardinals quarterback Kyler Murray scrambled to buy time near midfield.

Then he launched a pass in the direction of receiver DeAndre Hopkins.

With three Bills defenders shadowing him, Hopkins disappeared into a pile of bodies and somehow emerged with the ball and a 32-30 Arizona victory.

It’s the catch of the year and the play of the season, and it shook up the standings in two divisions.