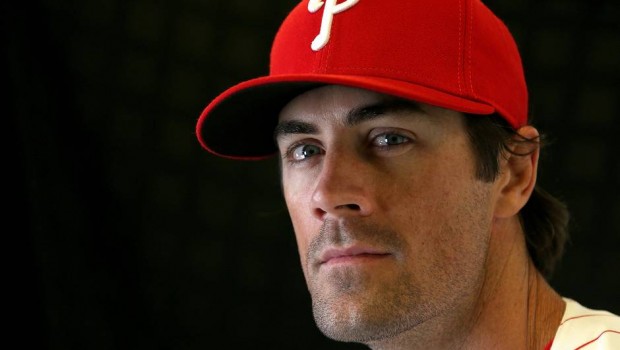 CHECK OUT WHAT THE DALLAS MEDIA IS SAYING ABOUT COLE HAMELS

Check out what the Dallas Morning News is saying about the trade of Cole Hamels:

Hamels, 31, is an innings-eating horse, a perennial Cy Young candidate who learned at the knee of Cliff Lee, the last big-game ace the Rangers had. But Lee was a rental. Hamels is signed for three more seasons, with the option for a fourth. He is guaranteed at least $75 million over that time, but a significant amount will be offset by the undisclosed amount of cash Philadelphia is sending the Rangers.

The Rangers get additional financial relief by trading Harrison, who is owed $28 million over 2016-17. It is unclear if Philadelphia will get the benefits of his insurance policy, which had offset a significant amount of his salary over the last two years while he dealt with back troubles.

The Rangers will also send Philadelphia a package of prospects headlined by outfielder Nick Williams, right-hander Jake Thompson and catcher Jorge Alfaro. Right-handers Alec Asher and Jerad Eickhoff of the Round Rock rotation will also go to Philadelphia.

Williams, 21, had emerged as a big-time left-handed hitting outfield prospect at Double-A Round Rock. The Rangers, however, more highly value Nomar Mazara’s power from the left side and were able to keep him out of the deal.

Similarly, the Rangers fought to keep right-hander Chi Chi Gonzalez, which led to the inclusion of Rockwall’s Thompson.

Alfaro entered the season as perhaps the organization’s No. 2 prospect behind Joey Gallo, but an ankle injury and surgery wrecked his season. He is still considered a project behind the plate, though his raw skills are mind-boggling.

It is a significant price to pay.

It was also the most cost-effective way for the Rangers to make themselves contenders next year with a roster that includes some immovable and ugly-looking long-term commitments to Elvis Andrus and Shin-Soo Choo. The two, who batted seventh and eighth respectively on Wednesday, are due $205 million over the next seven years. Add in the commitments to Prince Fielder, Adrian Beltre, Yu Darvish and Derek Holland and the team had little, if any flexibility, to pursue game-changing free agents this winter.

By exchanging money, the Rangers were able to take on Hamels for a 3-year commitment. The club can pair him with a healthy Darvish for what would likely be as strong a 1-2 combination as there is in the American League. Add in a healthy Holland, Martin Perez and either Gonzalez or Nick Martinez and the Rangers could go to the top of AL West’s pitching rankings.

Diekman, who will be eligible for arbitration for the first time this winter and under club control through at least 2017, helps the club solve its very desperate need for left-handed relief arms.

It leaves the need to add a right-handed power bat to better balance the lineup.

That’s where the cash – and moving Harrison’s contract – comes in handy.

It gives the Rangers one significant hole to fill this winter. And the wherewithal with which to fill it.