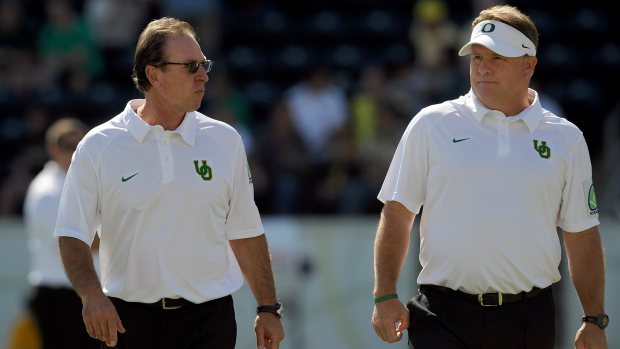 Completing a deal will be difficult, but Nick Aliotti says he still thinks former Oregon Ducks coach Chip Kelly is trying to figure out a way to acquire Marcus Mariota.

Kelly and the Eagles possess the 20th overall pick in tonight’s NFL draft and it’s likely that Mariota will be selected with the second overall pick, currently owned by the Tennessee Titans. That’s a tough get for Kelly, but Aliotti says Kelly will keep talking about trade scenarios.

“If there’s a way that he can get Marcus Mariota without selling the farm, I think he’s still trying to do that,” Aliotti told Arizona sports 98.7.