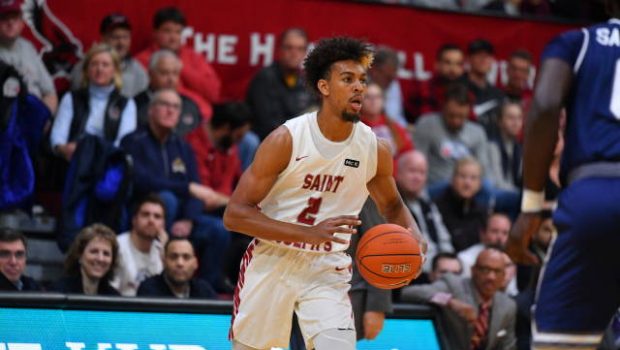 The Hawks trailed by as many as 14 points early in the second half, and were down seven with about four minutes left.

Brown scored six straight points and Taylor Funk hit a 3-pointer to cap a 9-2 spurt that tied it 70-70 with 38 seconds to play.

Funk then blocked Grant Golden’s layup attempt on the next possession to set up a pair of Jared Bynum free throws with a second left. Brown added two more free throws after forcing another turnover.

Brown was 9-of-21 shooting from the field, made five 3-pointers and all eight of his free-throw attempts. Funk and Bynum finished with 12 points apiece. Chris Clover chipped in with nine points and 10 rebounds for Saint Joseph’s (9-10, 2-5 Atlantic 10 Conference), which has won two of three since snapping a four-game skid.