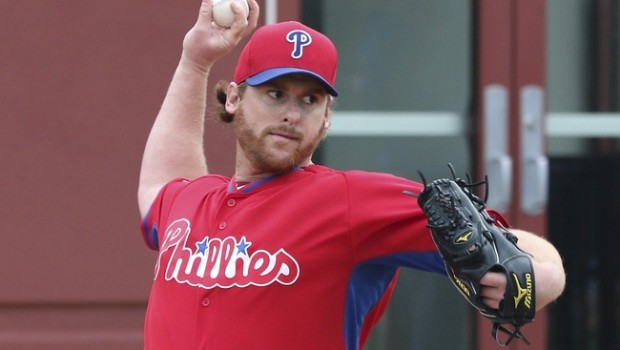 The Phillies are about to find out if their chief off-season acquisition will pay dividends.

Right-hander Chad Billingsley will make his first appearance in a big league game since April 2013 tonight.

Billingsley, 30, has finally finished rehabbing from a pair of right elbow surgeries that have limited him to just 12 innings since 2012. He threw 99 pitches in his final rehab start last week with Triple-A Lehigh Valley, so he is not expected to be limited.

The 30-year-old had Tommy John surgery on his right elbow last April 24 and spent all of last season on the Los Angeles Dodgers’ disabled list. He also had an operation on his right flexor tendon on June 24.

Right-hander Shelby Miller pitches for the Braves at Turner Field. He is 3-1 with a 2.17 ERA in five starts, allowing three hits and two runs in six innings in a 5-2 victory over the Phillies on April 25.