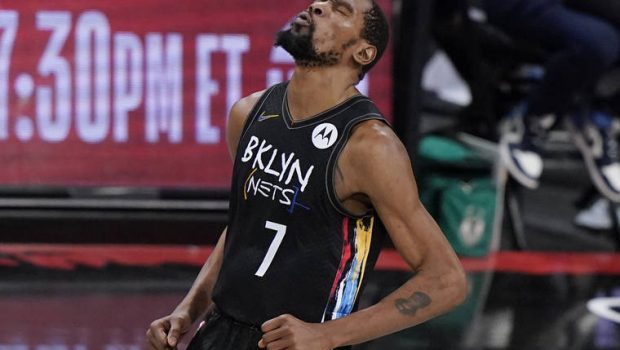 ESPN’s Woj is reporting that the Celtics have begun potential trade talks with the Nets regarding Kevin Durant.

And their package could include Jaylen Brown and as many as three first-round picks.

Adrian Wojnarowski says that Jayson Tatum remains untouchable, but that Brown might be movable if it means getting Durant.

Other teams still said to be in the KD sweepstakes since he requested a trade on June 30 include the Suns, Heat and Raptors, but no one has been able to put together a deal that’s satisfactory to the Nets.

Interestingly, both Brown and Tatum were acquired by the Celtics via draft picks they received in a 2013 trade that sent Kevin Garnett and Paul Pierce to the Nets.