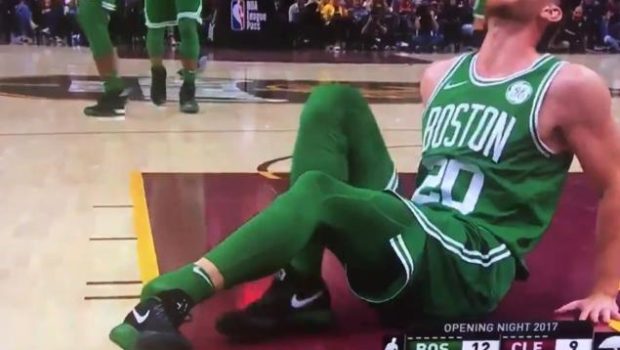 CELTS HAYWARD OUT OF SIXERS SERIES WITH ANKLE SPRAIN!

Boston Celtics forward Gordon Hayward will miss around four weeks due to a Grade 3 sprain of his right ankle suffered in last night’s win over the Sixers.

Hayward, who scored 12 points on 5-for-13 shooting with four rebounds, three assists and four steals in 34 minutes, was trying to box out Sixers star Joel Embiid inside with about 3½ minutes to go in the fourth quarter when his right foot got twisted and he went down to the floor in a heap.

This ankle is the opposite one from when Hayward suffered a gruesome leg and ankle injury in the opening minutes of his first game as a member of the Celtics in 2017, forcing him to miss the remainder of that season.

This season, Hayward bounced back to the form he showed before the injury as a member of the Utah Jazz, averaging 17.5 points, 6.7 rebounds and 4.1 assists while shooting 50% from the field and 38% from 3-point range.