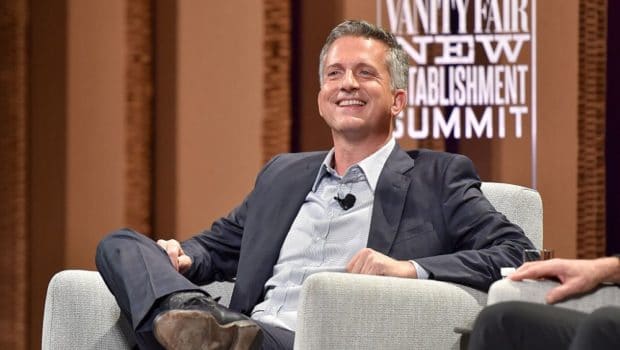 Boston butt boy Bill Simmons is showing his true colors as a fool.

He fancies himself an NBA insider and a guy who knows more about basketball than almost anyone else.

Unfortunately, his predictions and projections are almost always hilariously wrong.

Back in February, actual NBA insider Adrian Wojnarowski wrote an in-depth piece about how the Golden State Warriors had been planning a pitch to Kevin Durant for months. In addition to that, Wojnarowski called the Warriors the “significant frontrunners to sign him.” Sure, it was fair to be skeptical of that report, but Wojnarowski is one of the most reliable reporters in the sports world.

When he says something you can almost always take it to the bank. Unless, of course, you’re Bill Simmons.

On his podcast that week, Simmons ripped the report, claiming that the Warriors obviously weren’t thinking about adding Durant. He essentially accused Wojnarowki’s site “The Vertical” of trying to get clicks by reporting it. He also claimed that maybe the explanation was some Machiavellian move by other teams colluding to tell reporters they thought Durant could go to Golden State. As if Wojnarowski, a universally-respected veteran reporter couldn’t tell if opposing teams were feeding him a load of crap.

Simmons and frequent guest Joe House implied the report was patently ridiculous, as if they had any idea what was actually going on in front offices around the league.

Some quotes from Simmons:

“I thought that was one of the most ludicrous stories I’ve ever read.”

“That is the most idiotic logic I’ve ever heard.”

“I don’t believe anything about this story, I think it’s being fed by the other teams.”

“I don’t blame them for writing those stories, it got them some traffic, some attention.”

“I never heard anybody make the point that this was fundamentally idiotic.”

In the 24 hours since Durant shook the basketball world to its core by taking his talents to the Bay Area, we have learned a lot. Most notably, it’s clear the Warriors have been plotting this for a long time and working to lure the former Oklahoma City Thunder stud for up to a year. You know, doing the deep background that good organizations do to keep themselves on top.

Now look, I’m not just trying to just rip Simmons, my goal is to point out the difference between him and someone like Wojnarowski. Simmons is a fan. That’s always been his charm. He’s entertaining and certainly talented, but he’s not a reporter, insider or “expert.” When he tries to cross over into that mode he usually winds up looking completely out of his depth. This was yet another example of that.

Simmons is great when he stays in his lane, but he shouldn’t tangle with someone like Wojnarowski. He essentially took a shot at the guy’s credibility and accused his site of chasing hits with zero facts to back it up. In the end, he wound up looking like an idiot.