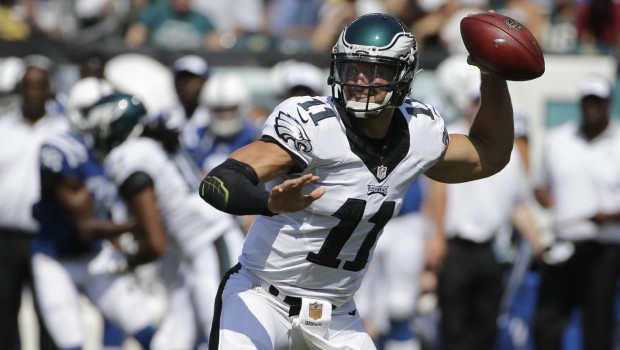 You still on the bubble about Eagles wannabe quarterback Tim Tebow, who has had mixed results in the Eagles’ first two preseason games?

Can somebody explain why fans go nuts for Tim Tebow when he comes into the game? He is horrible. He can’t process the information fast enough to be an effective NFL quarterback. Did you see how many open receivers he missed against the Ravens? Even Mike Mayock, who is one of the nicest analysts out there, pretty much said if the first read isn’t there, Tebow has no way of functioning. Fixing a motion doesn’t mean fixing the ability to go through reads. He can’t do it. It’s not fixable. At least he has the SEC Network job to fall back on. Nice kid. Horrible player.