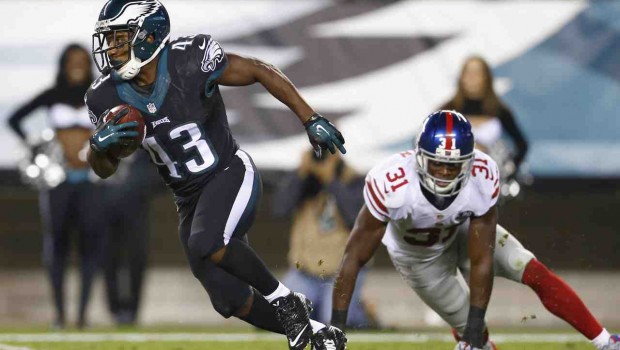 The Eagles have impressed a lot of NFL experts with their terrific performance in the preseason, and with the first real game on tap next Monday night in Atlanta, check out what CBSSports.com’s Will Brunson thinks:

Eagles beat Colts in the Super Bowl and Darren Sproles will be the MVP!

Chip Kelly has been working like a mad scientist this offseason and the result is an unknown. Except to him. He has a plan and that plan involves a quarterback with quick-strike accuracy and a deep ball in Sam Bradford, two north-south running backs in DeMarco Murray and Ryan Mathews, and a pair of precise route runners who fit his offense in Jordan Matthews and Nelson Agholar.

The gamble is everyone stays healthy, but that’s always a gamble in the NFL. The Eagles’ improved defense turns them into a surprisingly high-end unit that is capable of dominating on both sides of the ball. Meanwhile, Andrew Luck just throws everyone on his back again and takes an incredibly talented team to the Super Bowl. With Frank Gore, Andre Johnson, T.Y. Hilton, Phillip Dorsett, Donte Moncrief, Coby Fleener and Dwayne Allen, Luck has one of the best skill-position groups in the NFL at his disposal.