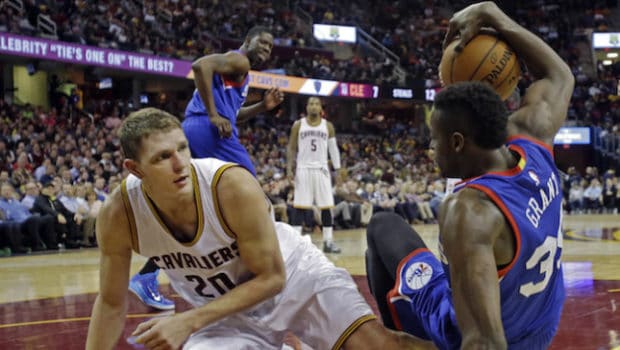 If you’re an NBA free agent, it helps if you’re a member of the NBA champs.

Cleveland Cavaliers’ scrubeenie Timofey Mozgov, who got little playing time as the Cavs won this year’s NBA finals, is cashing in.

The Vertical and ESPN are reporting that Mozgov has agreed to a four-year contract with the Los Angeles Lakers worth $64 million.

He had a shoulder injury earlier in the season that set him back.