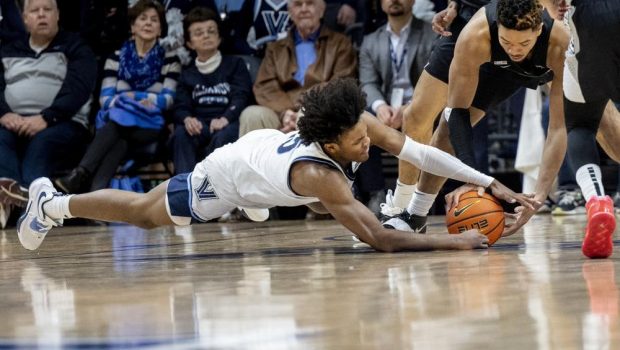 A.J. Reeves hit a 3-pointer that brought the Friars within 62-60. Justin Moore hit a 3 for Villanova, and that was answered by one from Providence’s Jared Bynum.

With Providence trailing by four, Nate Watson picked up his fourth foul with 2:35 left in the game on a charge call that sent furious coach Ed Cooley on the court to argue.

Justin Minaya buried a 3-pointer with 32 seconds left that pulled Providence within 69-68.

The Wildcats survived from the free-throw line.

Bynum scored 19 points for the Friars. Led by five each from Noah Horchler and Reeves, Providence hit 15 3-pointers.

The Friars and Wildcats could meet again next week in New York at the Big East Tournament. Those games will mean more for the NCAA tourney, where earning at least a No. 3 seed in the East Regional could keep the Wildcats in line for Sweet 16 and Elite Eight games in Philadelphia.

Daniels scored eight straight points and Justin Moore hit a 3 for a 62-57 lead that gave the Wildcats just the breathing room they needed down the stretch.

“I think that’s what the Big East is about,” Gillespie said.