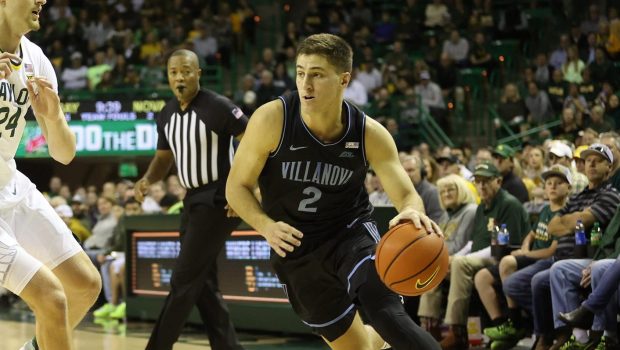 This was supposed to be a high-profile showdown between two Top 10 teams who also played last year in March Madness.

Instead, it turned into the worst game of the two-decade Jay Wright era on the Main Line.

James Akinjo had 16 points and second-ranked Baylor defensively dominated in a 57-36 victory over the sixth-ranked Wildcats, who scored their fewest points and had their worst-shooting game in coach Wright’s 21 seasons.

“We’re a pretty good shooting team. I really chalk up our missed shots to their defense,” Wright said, describing the Bears as physical, tough and quick.

“They did a great job of being physical with us, getting up in us,” Moore said. “Then we make the extra pass, they’re recovering.”

The Bears (9-0) never trailed in their first nonconference home game ever against a top-six opponent, this one a rematch of an NCAA Sweet 16 game last March in Indianapolis. This Big East/Big 12 Battle matchup featured the teams that won three of the last five NCAA titles.

Justin Moore had 15 points on 5-of-14 shooting for Villanova. and Collin Gillespie was held to just 6.

Top-ranked Purdue lost to Rutgers on Thursday night, clearing the way for Baylor to move up to the No. 1 spot when the new Associated Press poll comes out Monday. Baylor never made it to No. 1 in a poll during the regular season last year on the way to its national title, and last was in that spot during the 2019-20 season.

“It’s exciting, but we honestly don’t really think about that,” Flagler said. “Like Coach (Scott) Drew said, the most important thing is being No. 1 at the end.”

Baylor, which had to overcome a 30-23 halftime deficit in the Sweet 16 matchup, took control with an 11-0 run during a five-minute scoring drought by the Wildcats late in the first half. The Bears led 25-9 before Gillespie made a drought-breaking 3-pointer.

Villanova missed nine in a row in an early scoreless span of more than 7 1/2 minutes while the Bears only scored four points of their own. The Wildcats then missed six shots over more than five minutes during another scoreless drought in the second half.