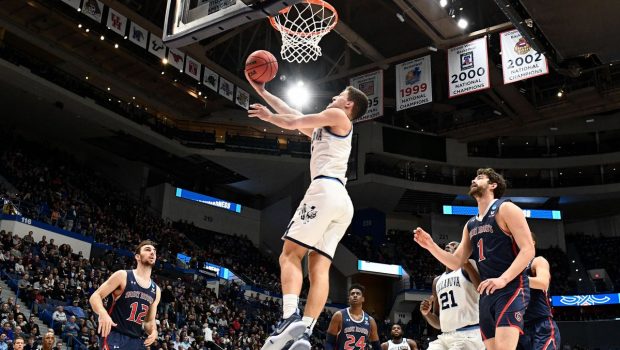 Sports Illustrated isn’t what it used to be, but the new owners at Maven have sharpened their college basketball rankings:

Gillespie had a combined 35 points, 21 rebounds, 11 assists, five steals and just two turnovers in the Wildcats’ back-to-back road wins over Providence and St. John’s, and he boasts the Big East’s best offensive rating in conference play.

While his shooting numbers are largely steady from last season, he’s more-than adapted to his larger role as the primary ball-handler, and it’s making a difference for the Cats.