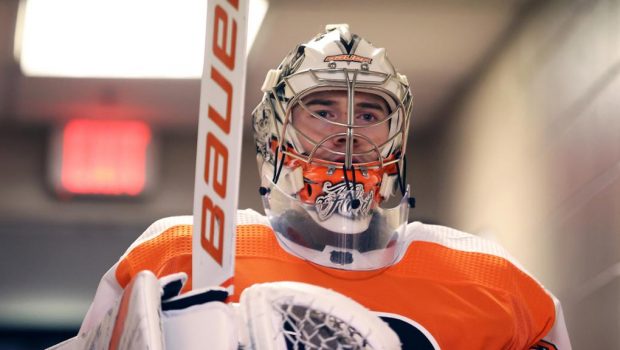 “I feel good,” goalie Hart said. “Just taking things a little bit more precautionary the last couple days. Been ramping it up the last two days. Feel really good right now. The plan is to be good to go for Tuesday.”

The Flyers play the Pittsburgh Penguins in an exhibition game at Scotiabank Arena in Toronto, the Eastern Conference hub city, on Tuesday.

Philly will play the Boston Bruins (Aug. 2), Washington Capitals (Aug. 6), and Tampa Bay Lightning (Aug. 8) in Toronto to determine seeding for the Stanley Cup Playoffs in the Eastern Conference.

Hart left a scrimmage July 21 but would not comment on what his issue was. As part of the NHL Return to Play Plan, a team is not permitted to disclose player injury or illness information.

Hart stayed off the ice Wednesday but faced shots after a scrimmage Thursday. The Flyers were off Friday.

Hart was 24-13-3 with a 2.42 goals-against average, .914 save percentage and one shutout in 43 games (40 starts) before the NHL season was paused March 12 due to concerns surrounding the coronavirus. The 21-year-old was the youngest goalie to play at least 20 NHL games this season.