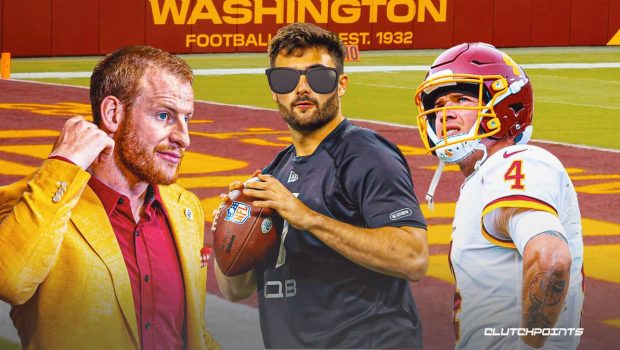 Washington is committed to Carson Wentz as their starter, but they may have lucked into an intriguing future option in Howell, who looked like one of the steals of the draft in the preseason.

The trade market for Baker Mayfield played a role in Howell’s surprising draft fall, with teams knowing Mayfield was available for a Day 3 pick.

The Commanders didn’t extend Wentz after trading for him and can move on without any guaranteed money after this season while backup Taylor Heinicke is in the final year of his deal.

A losing season from Wentz will make it hard for Washington not to see what they have in Howell going into the 2023 offseason.