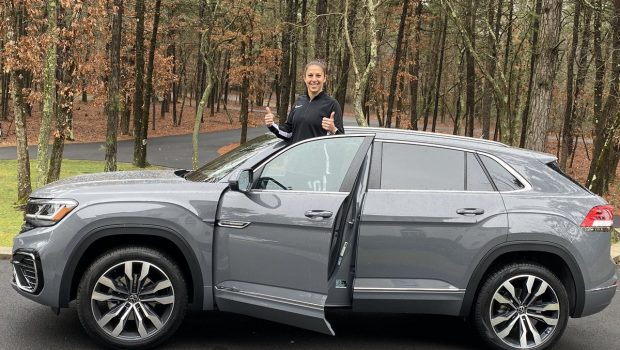 Carli Lloyd has a new car and for some reason people are pissed off about it.

South Jersey’s two-time FIFA World Player of the Year shared a photo on Twitter of her in a new 2020 Volkswagen Atlas Cross Sport. It was a simple message thanking the company and sharing her pride in being “part of the VW Family.” U.S. Soccer and Volkswagen announced a three-year partnership in January 2019 ahead of the USWNT’s World Cup victory.

The post drew lots of likes and criticism. Fans called it “in poor taste” and “tone deaf” given the coronavirus COVID-19 pandemic that has shut down the country.

Three hours after the initial post, Lloyd took to Twitter again to say she won’t be apologizing for posting her excitement over a new car.

I’m not apologizing for my previous tweet. For some there is always a reason to be negative. Always a reason to voice an opinion. The world is going through a sad unprecedented pandemic. It saddens me.

It is sad that I have to explain myself but I am choosing to be thankful. Thankful for my health. For time with my husband. I am choosing to put a smile on my face despite what is going on. It has given me a new appreciation for life.

Lloyd has been sharing tips on her social media feeds for her fans to stay healthy. Last week she shared videos on how to train during a quarantine and has been supportive of cancellations, such as the Tokyo Olympics. That’s a decision that could have a monumental impact on her career.

Along with her United States women’s national team cohorts, she urged everyone to stay home as part of Nike’s “Play inside, play for the world” campaign.