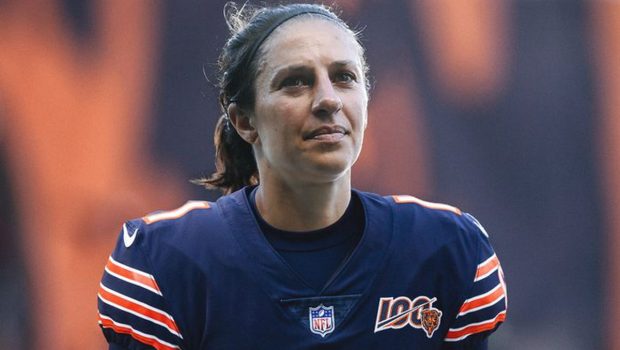 Lloyd didn’t materialize as a viable option until Tuesday when video emerged of Lloyd nailing a field goal at the Eagles-Ravens joint practice.

The field goal didn’t necessarily come from an impressive distance, but the kick was impressive nonetheless given Lloyd’s inexperience with kicking footballs (she did go up against Vince Wilfork in a kicking competition a few years ago, as documented on “Hard Knocks”).

For those who don’t know, soccer balls are not shaped like footballs.