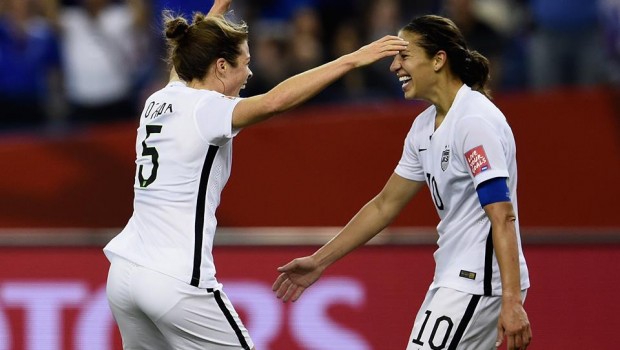 For a brief moment last summer, the U.S. women’s national team was everywhere. The team’s 5–2 final win over Japan was watched by more than twenty-five million people in the United States, the largest-ever television audience for any English-speaking broadcast of any soccer game, men’s or women’s. Afterward, there were tweets from celebrities and a phone call from the President; there was a ticker-tape parade down New York City’s Canyon of Heroes. For the July 20th issue of Sports Illustrated, each player and the team’s coach got her own cover.

Had the team followed the pattern established after women’s national team’s victory in the 1999 World Cup, it would have then retreated. The players would have gone back to the National Women’s Soccer League, where the crowds number about five thousand and the national coverage is nonexistent, and would not be heard from again until the Rio Olympics.

But even as the team celebrated its tremendous win, it was engaged in tense collective-bargaining-agreement negotiations with U.S. Soccer. At issue was whether the women would be compensated at the same level as the men—which, they contend, U.S. Soccer refused even to put on the table.