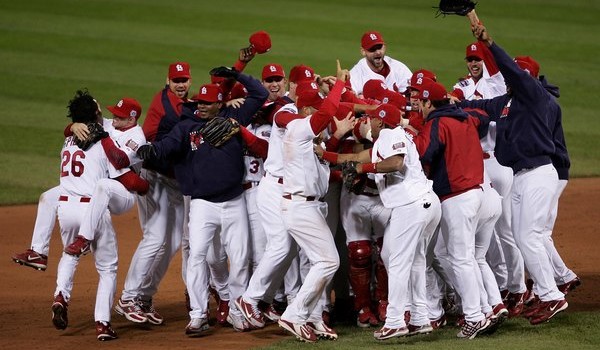 Now this is a scandal.

And if it is true that the St. Louis Cardinals hacked into internal networks of the Houston Astros it makes Deflategate seem like small potatoes.

The FBI and Justice Department prosecutors are investigating whether front-office officials for the Cardinals, one of the most successful teams in baseball over the past two decades, hacked into internal networks of a rival team to steal closely guarded information about player personnel.

Investigators have uncovered evidence that Cardinals officials broke into a network of the Houston Astros that housed special databases the team had built, according to law enforcement officials. Internal discussions about trades, proprietary statistics and scouting reports were compromised, the officials said.

The officials did not say which employees were the focus of the investigation or whether the team’s highest-ranking officials were aware of the hacking or authorized it. The investigation is being led by the FBI’s Houston field office and has progressed to the point that subpoenas have been served on the Cardinals and Major League Baseball for electronic correspondence.

The attack would represent the first known case of corporate espionage in which a professional sports team hacked the network of another team. Illegal intrusions into companies’ networks have become commonplace, but it is generally conducted by hackers operating in foreign countries, like Russia and China, who steal large tranches of data or trade secrets for military equipment and electronics.

Major League Baseball “has been aware of and has fully cooperated with the federal investigation into the illegal breach of the Astros’ baseball operations database,” a spokesman for baseball’s commissioner, Rob Manfred, said in a written statement.

The Cardinals officials under investigation have not been put on leave, suspended or fired. The commissioner’s office is likely to wait until the conclusion of the government’s investigation to determine whether to take disciplinary action against the officials or the team.